It's Fast and Easy Plus Free Shipping to the East Coast

We appreciate those of you who order from our website, it's fast and it's easy!  As a reminder, we offer free shipping anywhere on the east coast (don't worry, we do not put shipping charges through when books are ordered and sent out).  We also offer free delivery to the Newburyport area if you cannot make it to the bookstore! 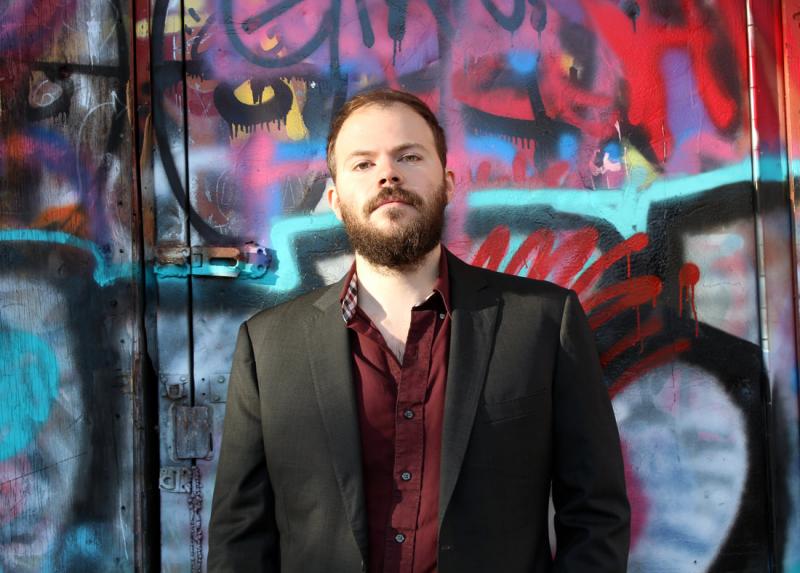 Erik Hoel received his PhD in neuroscience from the University of Wisconsin-Madison. He is a research assistant professor at Tufts University and was previously a postdoctoral researcher at Columbia University in the NeuroTechnology Center and a visiting scholar at the Institute for Advanced Study in Princeton. Hoel is a 2018 Forbes “30 Under 30” for his neuroscientific research on consciousness and a Center for Fiction NYC Emerging Writer Fellow. The Revelations is his debut novel. He lives on Cape Cod in Massachusetts. 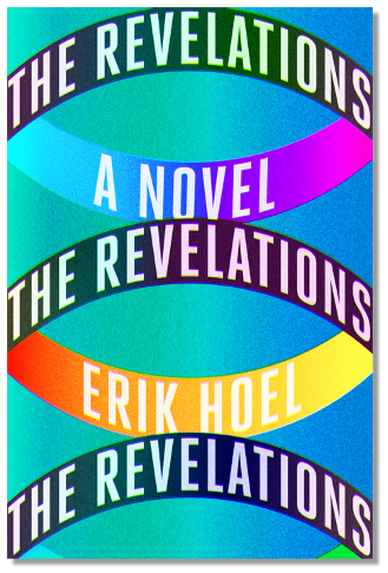 The Revelations not unlike its main character, is ambitious and abrasive, challenging and disarming. Bursting with ideas ranging from Greek mythology to the dark realities of animal testing to some of the biggest unanswered questions facing scientists today, The Revelations is written in muscular, hypnotic prose, and its cyclically dreamlike structure pushes the boundaries of literary fiction. Erik Hoel has crafted a stunning debut novel of rare power—an intense look at cutting-edge science, consciousness, and human connection—and has cemented himself as a powerful new voice in contemporary fiction.

"With the ear of a poet and the eye of a neuroscientist, Hoel pioneers a new marriage between the enchantments of literature and the challenges of modern brain science."
—David Eagleman, neuroscientist at Stanford, bestselling author of Sum and Livewired

“I have been writing and reading daily for decades, and I have never read anything like Erik Hoel’s remarkable debut novel. The Revelations is a deeply compelling, thought-provoking, and frankly, unforgettable work, one that heralds the arrival of an important new voice among us.” —Andre Dubus III, bestselling author of House of Sand and Fog

“Sex. Death. Rioting in the streets and aggressive self-lobotomy; brains in vats and the nature of consciousness itself. Dense, literary, and hallucinogenic, The Revelations is an impassioned argument over beers and amphetamines. It will be stuck in my brain for some time to come.”

"In this wild and lyrical debut, Erik Hoel merges the dark prescience of Mary Shelley’s Frankenstein with the feverish writing of David Foster Wallace, creating a neon-colored cocktail of sci-fi, murder mystery, and love story that is wholly of the twenty-first century. I’ll never think about the brain—or New York City!—the same way again."
—Kate Bolick, bestselling author of Spinster: Making a Life of One's Own

This mystery set in western Ireland is dear to my heart.  Tana French is a great writer whose descriptions of the western lands of Ireland, one of my favorite places to have visited, are delightful.  Her characters leap off the page.  Settle down in your favorite pub and give this a read.

"This hushed suspense tale about thwarted dreams of escape may be her best one yet . . . Its own kind of masterpiece." --Maureen Corrigan, The Washington Post

"A new Tana French is always cause for celebration . . . Read it once for the plot; read it again for the beauty and subtlety of French's writing." --Sarah Lyall, The New York Times

Cal Hooper thought a fixer-upper in a bucolic Irish village would be the perfect escape. After twenty-five years in the Chicago police force and a bruising divorce, he just wants to build a new life in a pretty spot with a good pub where nothing much happens. But when a local kid whose brother has gone missing arm-twists him into investigating, Cal uncovers layers of darkness beneath his picturesque retreat, and starts to realize that even small towns shelter dangerous secrets.

"One of the greatest crime novelists writing today" (Vox) weaves a masterful, atmospheric tale of suspense, asking how to tell right from wrong in a world where neither is simple, and what we stake on that decision.

Tana French is the author of seven previous books, including In the Woods, The Likeness, and The Witch Elm. Her novels have sold over three million copies and won numerous awards, including the Edgar, Anthony, Macavity, and Barry awards, the Los Angeles Times Book Prize for Best Mystery/Thriller, and the Irish Book Award for Crime Fiction. She lives in Dublin with her family.

"The west of Ireland looked good to Cal Hooper on the internet. But now that he’s living there, the rugged beauty of the region overwhelms him, as it will anyone reading Tana French’s The Searcher, an audacious departure for this immensely talented author… Not to be missed." —Janet Maslin, The New York Times

“Tana French is… like a poet. She writes beautifully…If you haven’t read her yet, I really highly recommend that you do.” —Harlan Coben

"French's writing here is on fire. Eerie and nuanced and spellbinding." —Fresh Air

“French avoids the fireworks of conventional crime fiction, instead taking a classic setup—the lone outsider revealing the dark side of a small town—and imbuing it with simmering menace. There’s also an unexpectedly moving friendship and storytelling so atmospheric you can practically smell the peat bogs.” —People

“The perfect cold-weather escape…French’s writing style is so unhurried and pleasurable…and every page smells and sounds like Ireland. At a time when travel is impossible and we’re spending more time at home, staying safe, it’s thrilling to be transported to another place entirely, gripped by suspense and a sense of danger as I turn the pages in my cozy lair.” —Glamour

“Nuanced and compelling.” —The New Yorker

“Thriller mastermind Tana French's . . . work is as consistently thoughtful and thought-provoking as it is entertaining...[In The Searcher] French finds interesting angles and dynamics, and her cast is, as always, wonderfully drawn." —The Los Angeles Times

"French takes this standalone novel at a measured pace, easing readers into Cal's quiet life before the thrills unravel."—TIME

“The Searcher feels different from French’s previous books—there’s a sparseness to the setting that contrasts with the bustle of the Dublin Murder Squad, or even the gathered family in The Witch Elm—but is no less addictive; the pages practically turn themselves.” —The Seattle Times

"A creepy slow burn that focuses just as much on the central characters’ inner lives as on the mystery at the heart of the story . . .packed full of twists, turns, and shocking reveals.” —BuzzFeed

"All things atmospheric and mysterious, this one may keep you up past your bedtime.” — Cosmopolitan

"A moving new tale of friendship and healing, set in an Irish countryside populated with eccentrics, curmudgeons, and a hilariously weird British woman obsessed with fairies." —CrimeReads

"Evocative and lyrical, The Searcher is a mystery worth reading slowly to savor every perfectly rendered detail." —Bookpage

“It has everything you love–the suspense, the questions, the unraveling of lies…. obsessively fascinating.”—Marie Claire

“The queen of crime returns with a thriller about a retired Chicago police officer who discovers the sinister underbelly of a seemingly quaint Irish town.” —Entertainment Weekly

“In The Searcher, Tana French stakes out new territory: a rural Irish setting quite different from the urban and suburban Ireland of her previous works, and a central character who is an American . . . The Searcher blends qualities of French’s best novels, the first and third of her “Dublin Murder Squad” police procedurals . . .”—Los Angeles Review of Books

“Readers who share her interest in exploring the lives of flawed and compelling characters will find much to love in the atmospheric story of a retired cop who moves to Ireland for relaxation, only to be asked to find a missing teen.” – St Louis Post-Dispatch.

“As always, French’s prose is spellbinding and lyrical . . . The beautiful imagery combined with the dialect of the earthly, witty characters creates an appealing atmosphere that engages the reader . . ." – The Austin American-Statesman

“Insightful characterizations, even of minor figures, and a devastating reveal help make this a standout. Crime fiction fans won’t want to miss this one.” —Publishers Weekly, starred review

“A slow-burn stunner that will keep readers turning the pages late into the night. Recommend to the author’s legions of fans, as well as those who enjoy crime fiction set in small towns like Julia Keller’s or Jane Harper’s novels.”—Library Journal, starred review

“Just pre-order and call in sick for a couple days after October 6 when the book comes out.”—The Millions

The Searcher: A Novel (Hardcover)

Jabberwocky Bookshop
at The Tannery Marketplace

There are no products in your shopping cart.

END_OF_DOCUMENT_TOKEN_TO_BE_REPLACED

All online orders can be returned for a credit card refund within thirty days of purchase, and for bookstore credit within three months.